Free standard shipping on orders over $40!

What's in Your Fridge: Brooke Jackson-Glidden of Eater PDX

Brooke Jackson-Glidden is the editor of the food news site Eater Portland. When she’s not hunched over a computer writing stories, she’s hunched over a phone posting to her “cooking” Instagram Depression Dining. She lives with her longtime boyfriend Ben, her intimidatingly hip roommate Regina, and the geriatric betta fish Male Ashley. 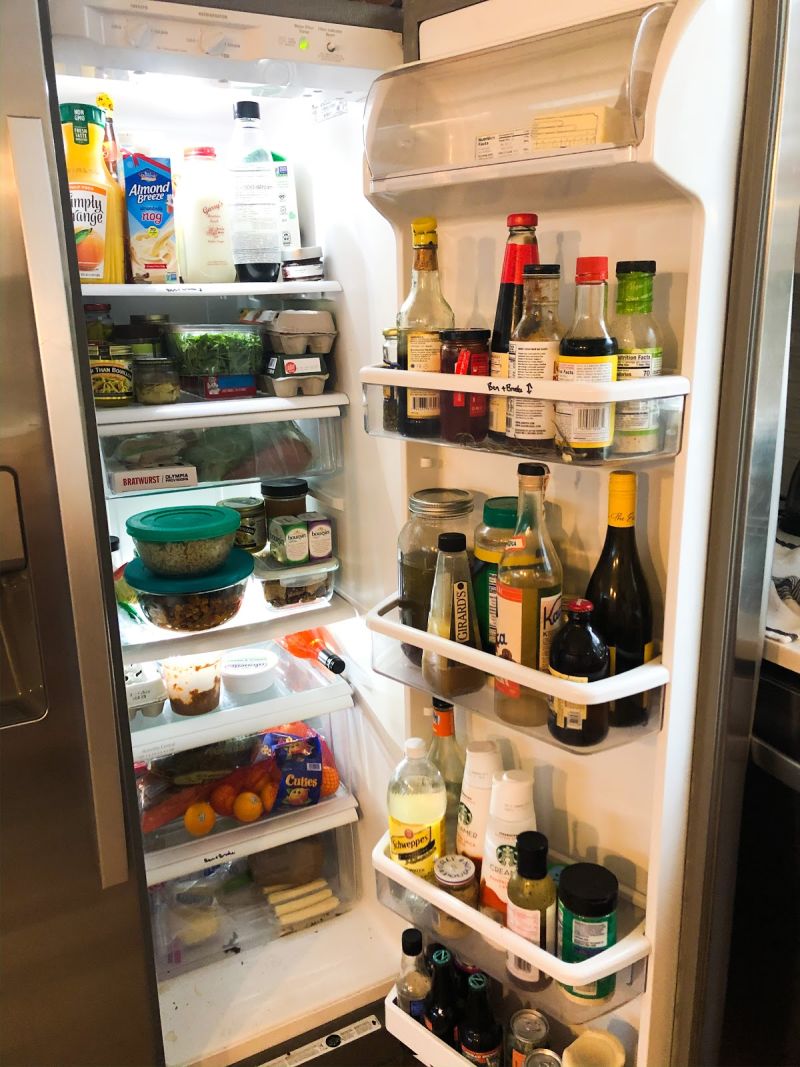 Stumptown Coffee Roasters: So, Brooke... What's in your fridge?

Brooke Jackson-Glidden: My fridge usually involves various jars of cured and pickled vegetables, a box of leftovers, a pile of cured meats and cheeses, and a wide selection of various sauces, spreads, and ingredients for marinades. As I often mention on Depression Dining, keeping raw vegetables (especially leafy greens) in my fridge usually ends up being futile: I’ll just watch myself throw away brown-and-slimy arugula or stinky, past-its-prime chicken thighs and beat myself up. That’s why I love keeping preserved vegetables and meats in the fridge: Kimchi lasts for ages and can easily become a hearty, decently healthy meal, whether it’s kimchi jjigae or kimchi fried rice. It is a rare day that I don’t have a jar of Ba-Tampte half-sour pickles, Wildbrine sauerkraut, and a jar of Choi’s napa kimchi in my fridge, which I will eat straight out of the jar between stories; once dinner rolls around, the kraut will often appear next to a few pre-cooked sausages, which also regularly vacation in my bottom drawer. When I’m on top of things and not stretched too thin, you might even spot some raw meat and fresh produce in my fridge -- Expect things like kale, chicken thighs, and the occasional head of lettuce, which ends up becoming a briny salad with salami, hunks of mild cheese, and various jar-veggies.

BJG: Eggs are always in the fridge. If I’m not eating them, my boyfriend is; though, I will note that eggs will also make an appearance at lunch or dinner, in the occasional tortilla or stir-fry.

BJG: I’m absolutely not a morning person mid-week, so I must admit we’re pretty boring: fried eggs, a slab of Dave’s Killer Bread toast, and usually a shake of my Seasoning of the Day, which is almost always Tony Chachere’s. Though, I must admit, I have been eating a lot more oatmeal these days, often with chopped up apples on top; I’m basically a health icon. If I have some extra time in the morning -- especially on weekends -- I love to roast a bunch of vegetables in olive oil and the Seasoning of the Day and make a little oven hash, which I top with a fried egg.

BJG: My body has begun revolting and will behave badly if I drink too much coffee, but I’m too obsessed to actually cut myself off. So… Every other day, I’ll make myself a cup of pour over -- black or with a splash of half-and-half -- and savor it. On the dark days, I settle for black tea.

BJG: Wake up late, throw on some comfy clothes that could quickly become formal if news breaks. I trudge downstairs into the kitchen, where I immediately switch on the electric kettle. NPR or last night’s Seth Meyers serve as the soundtrack to breakfast, which is either oatmeal or eggs; sometimes, I get fancy and microwave some leftovers. If Ben is heading to the winery that morning (Ben, the boyfriend, works at Rex Hill in Newberg), he may join me and cover breakfast; otherwise, he sleeps in until a cool 10 a.m. By then, I’ve written at least one story and had at least two more cups of caffeine.

SCR: Thanks for sharing your fridge with us, Brooke!